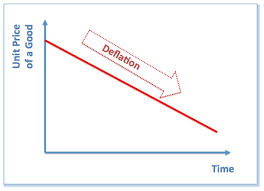 The biggest question in 2015 is how much interest rates will (or can) be raised?

The challenge which financial regulators face is formidable.
- not raising interest rates could result in further addiction to the cheap money, plus balance sheets of central banks are growing...
- asset bubbles due to low interest rates like UK Housing Market
- degree of inflation or deflation is uncertain, but likely to be low.
- high inflation will force rates raise anyway, but due to how all things connected is not clear why would inflation spike now
- likely scenario is low inflation, small rates raise and further build up of debt
- watch oil, if it goes back where it was it would be equal to the inflation spike and higher interest rates
- lower oil could mean deflation in EU, defaults on debt by oil industry and potentially some issues with liquidity
- any significant interest rates raise would mean distress to markets, regulators would try to postpone it as long as possible
- Greece is back to destroy EU money markets. EU to drop in Q1 at least.
- Best investment from 2015 -  Russia. Yes, this is a possible value trap, but unless there is institutional failure due to military actions, which is very unlikely, the market would recover in 1-2 years.

Neptune Russia and Greater Russa over one year

The USA now has no other option then to press on their assault on Russia because what is at stake is quite literally the future of the AngloZionist Empire and, therefore, the future of our planet.  China uniting with Russia is definitely bad news, but it is too late for the USA to back down now or even to change course.  The Americans probably realize that they have fired their best shots already and that the Ukrainian junta is in deep trouble and that the collapse of their Nazi "Banderastan" is just a matter of time.  In other words, the Empire is now in a "use them or lose them" situation and "fighting Russia down to the last Ukrainian" is now the best option for the US 1%ers.

The Ukrainian Junta members are basically in the same situation as the USA: they must realize that their days are numbered and that their best chance is to do the US bidding and trigger a huge crisis.

The Novorussians are stuck: they have to do whatever the Kremlin wants them to do, hope for the best, prepare for the worst and courageously face anything in the middle.

Russia needs to avoid an open confrontation with the West for as long as possible.

The EU will remain as irrelevant and pathetic as ever.

NATO will play a dangerous game of brinkmanship trying to create as much tensions as possible without triggering an actual conflict.

China will do whatever it takes to protect Russia from the economic war waged against her.

From the above I conclude that unless some major development substantially alters the current dynamic the resulting vector clearly points at the inevitability of a full-scale war between Russia and the Ukraine along the scenario outlined above ("A full scale war between Russia and the Ukraine").  There is no reason whatsoever to expect the US, the Nazi junta, NATO or the EU to begin acting in a responsible or constructive manner.  For these reasons, Russia will be alone in trying to avoid an intervention the Donbass and the inevitable war with the Ukraine following it.  The best way for Russia to achieve this goal is to arm Novorussia to the teeth, to provide much more humanitarian support then now, to try re-launch as much of the Novorussian economy as possible (preferably by investments and contracts, not just grants) and generally help to make Novorussia as viable as possible under the current conditions.  If the Novorussian could repeat their amazing feat once more and repel or, even better, deter the future Ukrainian attack this would be a crushing defeat not only for the junta in Kiev, but also for all its supporters in the AngloZionist Empire.  The "equation" is simple: if Novorussia can stand up to the Ukrainians and Russia is not forced to intervene the Nazi regime in Kiev is finished along with the entire Neocon plan against Russia.  If Russia is forced to intervene, Novorussia will be saved and the junta finished, but the Neocons plan will have succeeded and Russia will suffer a major geostrategic setback

Russia desperately needs more time and I expect the Russian diplomacy to try every possible delaying tactic imaginable to buy as much time as possible before the inevitable Ukrainian attack on Novorussia.  I am even willing to consider that the recent sale (really, a gift) of coal to Kiev might be such a delaying tactic, I don't know.  What is clear for me that most of these delaying tactics will look like "appeasement"to the external observer and that, in the end, our perception of these moves will depend on our assumptions and, basically, our take on the person of Vladimir Putin.  I might be wrong, but I personally trust him and short of very strong evidence I will never believe that he will "sell out" Novorussia or anybody else in the Ukraine.  Not only do I believe that he is way too smart to do such a stupid and self-defeating thing, but I have also come to the conclusion that he is a highly principled person who will never betray the people he took an oath to defend.

My very tentative "guesstimates" for 2015:

2014 has been a historic year and so will be 2015, if only because 2014 set a great deal of things in motion, but resolved none of them.  I have come to the conclusion that there is a 80% chance of a massive Ukrainian attack on Novorussia next year, probably in the first part of the year.  My best guesstimate is that Novorussia will probably be able to beat back this attack, albeit with great effort and big losses.  The Russian economy will continue to suffer and appear to be sinking for the next six months or so at which point it will gradually start reversing that trend.  The EU economy will enter into full and deep recession resulting in widespread social unrest.  As for the USA, they probably will be able to pretend like nothing big, not big disaster, is happening, if only thanks to the money printing machine and the best propaganda machine in history.  What the US will be unable to do is to prevent the gradual but inexorable de-dollarization of more and more of the world economy, lead by China and Russia.  The true and final collapse of the AngloZionist Empire is inevitable, but not for the next couple of years.